Atlas Kratom is a quaint little hole-in-the-wall establishment that offers what they claim to be the best kratom at budget prices. Started off by a recovered substance abuser, Atlas Kratom was Jeremy Mercer’s passion project – a little homage to the stuff that helped him kick the habit.

Today, Atlas Kratom is a pretty popular name in the Missouri state, but there are lots of mixed reviews about the brand, their service, and their products.

A quick look into the many different reviews left on Atlas Kratom’s Google Business Page shows that they’ve got quite a hodge-podge feedback. While majority might have nothing to say but praise, it’s really not that hard to find bad reviews that talk about the brand’s failures and shortcomings.

For one thing, many of those who have crud to say about the brand talk about the substandard quality and the outrageous prices that are comparatively much more expensive than others in the same sphere. 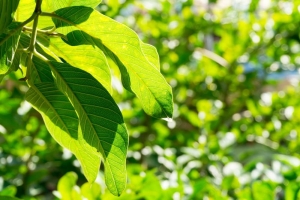 Atlas Kratom’s line-up isn’t exactly fixed since their offers depend mainly on what’s available at the time. Typically though, they carry the usual strains you would hope to find on a kratom vendor’s shelves. These include the basics like Green Malay, Red Bali, and White Maeng Da.

They offer everything from powders to capsules, and a few other choices in between. If you were hoping to buy in bulk, Atlas can definitely provide depending on availability. But then of course, there will always be the issue of prices.

Hold on to your seats because this one’s gonna be a doozy. An ounce of kratom from Atlas Kratom costs just about $15 – close to double the price you’d get from other stores. And while they do offer bulk packages, you should be ready to shell out a very pretty penny to get your hands on the product.

There isn’t a lot of information on the different package sizes that Atlas Kratom offers since their website doesn’t list any products. To get a quote, you’re going to have to send a message through their website. And since it takes them some time to send back a response, you might find yourself waiting quite a while.

Fat chance. Atlas Kratom isn’t really big on discounts, but they do hold the occasional sale now and again. Again, since they don’t sell their products online, you can’t really expect to get any price cuts through a newsletter or anything like that.

The best time to visit Atlas Kratom’s physical store would be during special yearly seasons. Christmas, New Year, and even Black Friday sales aren’t anything new to the Atlas Kratom store, so you should be able to get a price cut if you time your shopping just right.

Now here’s a tricky one. The thing about Atlas Kratom is that they don’t use a third-party verifying service to sift through reviews left on their website. In fact, all of their feedback is sourced from their Google Business Page. And since pretty much anyone can leave a review through Google, there’s no telling who really tried Atlas Kratom’s products and who’s leaving reviews from the Atlas Kratom office.

What’s worth highlighting though is that there are quite a few bad reviews that stick out and leave a lasting impression. Many of these talk about the owner’s lack of courtesy, the products’ quality, and the unbelievable prices that make it worth it to dive double the distance to patronize a different kratom vendor entirely.

Unfortunately for Mr. Mercer, there are quite a lot of reviews that identify him as lacking interpersonal skills to deal with buyers and prospects. There are lots of people who’ve shared their unpleasant experiences in dealing with the store’s owner, to which the company has yet to release any sort of response.

Other than that, the brand can be contacted through their website’s contact form. While they do have a few hotline numbers on their website, including a few links to their social media pages, you can’t really expect to get a prompt response through either of these options. 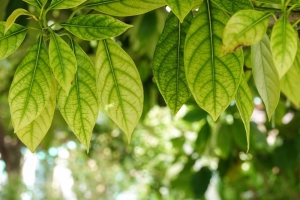 Atlas Kratom would have been a quaint hole-in-the-wall, go-to establishment for locals in Missouri. But the wealth of poor reviews and negative feedback has tainted the brand’s image. With products that may or may not meet expectations, the brand’s outlandish prices may deter even the most desperate of kratom buyers.

On the brightside, the brand offers a constantly changing roster of products that might make them a little more attractive to buyers in search of variety. So if you were willing to shell out a little extra just to try something new, then Atlas Kratom might be for you.