Chameleon Kratom is one of those vendors that you’re going to want to avoid like the plague — literally. With products that were recalled by the FDA for salmonella contamination, Chameleon Kratom has raised brows throughout the market for their questionable raw material sources and production process.

But if you just don’t think salmonella contamination is reason enough to lay off the kratom, Chameleon Kratom has a lot of other big controversies to shell out. Their questionable claims are exactly the kind of statements that threaten the legality of kratom on the global scale.

Chameleon Kratom has amassed an interesting hodge-podge of kratom reviews online. They’re pretty big on Reddit where buyer after buyer has doused the flames of curiosity on threads asking whether their product is any good.

For the most part, the biggest concern that people have with the brand is that their products were recalled by the FDA after having been found contaminated with salmonella. Now, to illustrate what it would take to have your products contaminated with such a primordial bacterium, you’d have to imagine a run-down, make-shift kratom processing facility where product and animal feces are so closely handled that they tend to intermingle and touch.

Now if that hasn’t turned your stomach just yet, then you might also want to consider the many false claims that the Chameleon Kratom brand has made. Their ‘ultra-powerful’ formulations are definitely strong — strong enough to send you to the hospital. Without any form of documentation behind their products, many of those who have tried their potent extracts have been met with varying degrees of adverse reactions and side effects worthy of a trip to the doctor’s office. 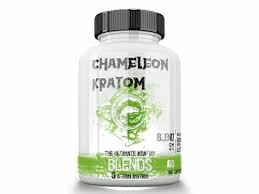 These days, you might still find a few Chameleon Kratom products for sale, especially through vape shops that don’t really see a lot of correction from the FDA. When they were still widely available throughout the web, Chameleon’s most popular products were their Blend 27 and Blend 51. They also offered Ultra-Potent Tinctures that contain 7mL of heaven knows what and a touch of kratom.

If there’s anything that Chameleon Kratom had going for itself, it would be their prices. To be fair, they didn’t really have such insane prices despite being a headshop brand. In general, you would expect to pay $12 for a 60ct bottle of their Blend 27. Those interested in their tincture would have to pay a whopping $15 for a single 7mL shot. Of course, you’d also have to factor in the cost of your medical bill after you decide to take that risky dose.

Yeah, right. Chameleon Kratom wasn’t really all about establishing a lasting relationship with their buyers. They’re more of a ‘gimme all your money’ kind of brand. That said, even wholesale buyers couldn’t get the brand to budge to help out with the cost of their products.

Nonetheless, if you were looking to get a discount on their stuff, then you might want to consider going for a headshop that’s scheduled for a sale or an inventory clear-out.

When the Chameleon Kratom line of products were recalled for salmonella contamination, the mother company that owned the brand was the only one that was unwilling to yield to the involuntary recall sent out by the FDA.

You see, when things like this happen, vendors, brands, and companies alike work together to make sure that any bad product is pulled out of the shelves to protect the future of kratom legality. The uncooperative response from Chameleon Kratom was a major blow to the kratom industry and the progress that activists have made for kratom freedom.

With that, the FDA was forced to put forth a mandatory recall for the brand’s kratom products which was a first for the entire market. Since then, buyers and sellers alike have frowned upon Chameleon Kratom for their callous response and their unwillingness to protect the future of kratom. 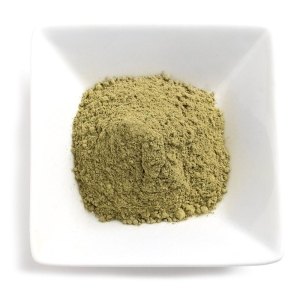 What do you expect out of a brand that doesn’t even yield to the FDA? If you have any concerns about your Chameleon Kratom product, best believe that the brand won’t be too hands on with your problem. In fact, they don’t even have a website or any socials that you can reach out to in case you have any concerns.

The Verdict on Chameleon Kratom

Do yourself a favor and just stay away from Chameleon Kratom at all costs. Sure, we love to give every kratom vendor a chance, especially if they’re just honestly trying to sell some quality product. But with the kind of brand personality that Chameleon has demonstrated, it’s hard to support them especially when you know they don’t really care about the kratom industry or their buyers.