The big problem with kratom not being completely legalized is that it becomes immensely unregulated. As responsible kratom vendors attempt to provide buyers with fact-based claims and clean, safe product, there are a significant number of unscrupulous sellers out there who aren’t quite as conscientious when it comes to ensuring quality and transparency.

More often than not, head shop brands prove to be the most questionable vendors of all. But there are rarities like Eclipse Kratom that just really aim low, offering buyers product that isn’t only substandard, but even a risk to their health. Fortunately, the company has recalled their products, and it seems they’re on longer available for purchase online. 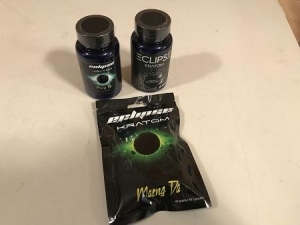 Google the words ‘Eclipse Kratom’, and you’ll be met with a number of news articles and blogs talking about the Eclipse Kratom recall. Tamarack Inc., the company behind the Eclipse Kratom brand, voluntarily recalled their own products for salmonella contamination. And while it was a good move on their part, the move sheds light on the kind of conditions that their products possibly pass through.

For food and other products to be contaminated with salmonella, they would have to be handled, manufactured, and processed in filthy conditions. We’re talking close contact with animal fecal matter. Considering that, it’s really hard to imagine how and where Eclipse Kratom products are made, and definitely harder to trust in them again.

Since being recalled, Eclipse Kratom has closed down so you’re not likely to find any of their products online or through head shops. That’s also why it’s pretty tough to find any information on the products that they used to sell.

What we do know however is that Eclipse sold both powders and capsules which were packaged in plastic packets or bottles for slightly bigger amounts. Do note however that since they were a vape shop brand, they didn’t really sell their products in bulk.

It’s not entirely clear what strains they offered, but some older posts on Instagram show that Eclipse sold Maeng Da as their only distinct kratom variety. All of their other products were just labeled ‘kratom powder’ or ‘kratom capsules’.

Again, it’s not entirely clear what prices the Eclipse Kratom brand imposed. However since they were a head shop brand, we can expect their prices to be slightly higher than the average vendor. It’s also important to point out that head shop brands rarely ever come at the same prices across shops.

What that means is that while Eclipse Kratom might cost so and so through your local head shop, the joint two town over might sell them cheaper. That’s because the reseller ultimately gets the final say as to how much they want to sell the product.

Eclipse Kratom never had their own website, so there was really no way to apply a code and get a discount on their products. Plus, since the stuff was sold mainly through head shops, the only way to get a discount would be to purchase during sale season.

If you’re really keen on getting kratom for cheap, then you might want to consider patronizing a vendor that has a loyalty program in place. There are also lots of sellers out there that offer their products for way cheaper than your average head shop brand, letting you get your hands on quality kratom that doesn’t cost more than you’re willing to spend.

With all the wild news reports talking about Eclipse and their product recall, it’s really no surprise that their reputation has taken a major blow. These days, Eclipse Kratom is mostly recognized as the cautionary tale and the prime example of what a kratom vendor shouldn’t be.

Their lack of documentation, verifiable lab reports, and the fact that their stuff was contaminated with salmonella only proves that Eclipse isn’t really interested in your health or wellness. For many buyers, Eclipse isn’t really anything more than an opportunistic villain looking to score an easy buck off of unsuspecting buyers. 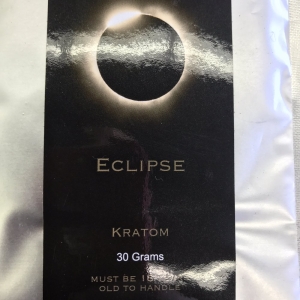 The thing about head shop brands is that they really don’t care what you have to say about their products. Eclipse Kratom made their profits by selling their product in bulk to resellers who would offer the powders and capsules through their own physical vape shops.

That way, the Eclipse brand was shielded from whatever complaints that buyers would have, forcing resellers to deal with the concerns on their behalf. Ultimately, there would be no way of getting in touch with them after the sale. So if you run into any issues, you’d be on your own.

The Verdict on Eclipse Kratom

It’s brands like Eclipse Kratom that further damage the reputation that kratom activists are trying hard to establish. Their irresponsible marketing and manufacturing practices didn’t only put buyers’ health at risk but also tainted the kratom image for many of its skeptics. Fortunately, the brand has been since taken down and closed for good, serving as the perfect example for vendors hoping to break into the scene without first considering the responsibilities of a trustworthy vendor.