Any self-respecting kratom enthusiast would know better than to deal with a headshop brand. Known as the lowest of the low when it comes to kratom quality, these brands typically offer substandard kratom that lacks any sort of documentation, raising loads of red flags for any kratom buyer.

Edens Ethnos is one of the many headshop brands you’ll know, but they set themselves apart by providing slightly better kratom quality compared to your average vape shop brand. But even then, do they compete with dedicated kratom vendors? Find out here.

One thing you can expect from a headshop brand is that they’re almost always obscure and unknown to the majority of buyers. What’s interesting though is that for a headshop brand, Edens Ethnos has quite a bunch of reviews on the web. From independent reviews and buyer-generated feedback on Reddit, it seems that Edens Ethnos might be one of the most popular vape shop names out there.

But popularity doesn’t always mean quality. Of all the feedback left behind about Edens Ethnos, a big portion claims that their product still isn’t at par with true blue vendors. And because they might be slightly more expensive than your average kratom, it might be a better idea to buy from a vendor than to buy their stuff from a headshop. 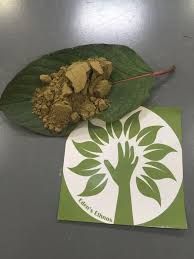 As of writing, it seems that the Edens Ethnos website is no longer operational so it’s hard to get a feel of their entire kratom product line-up by simply checking out the vendors and vape shops that still sell their stuff.

Based on information we found, the brand offers small tubs of product — either powders or capsules. They have a limited variety selection mostly restricted to Maeng Da, Bali, and Enhanced Indo kratom. They also sell what they call ‘botanial extract’ which is essentially a kratom liquid shot.

According to older reviews about the brand, they have a pretty diverse line of products including Borneo, Sumatra, and Malay varieties, but there doesn’t seem to be a trace of these options anywhere online.

As with any headshop brand, Edens Ethnos comes at remarkable prices that might be way over budget for most buyers. For instance, their small tub of just three capsules of any variety cost a whopping $20, putting each capsule at close to $7 each.

It’s worth knowing that there are a lot of reputable kratom brands out there that sell great product for much less. That said, you might only want to consider Edens Ethnos if you’re caught in a bind and you really need a kratom dose but can’t wait for your incoming order from your staple brand.

Since they don’t have a website, there’s really no way you can get a discount on their stuff unless you’re buying from an online emporium. Based on their Instagram though, it seems that the brand was big on freebies, offering sample packs and other promotional offers with most of the purchases placed through their website.

These days, the best way you can get a price cut on Edens Ethnos products would be to purchase from a headshop when they’re on sale. But if you really want to get your hands on cheap stuff, you might want to consider choosing a different brand all together.

As anticipated, the general consensus about Edens Ethnos isn’t too great. The brand has amassed quite a lot of reviews that talk about disappointment, which paints a pretty vivid picture about how people tend to feel about the brand. On the upside, there are a bunch of reviews that say it’s probably the best headshop brand out there. But then again, it’s the best among headshops, so it’s really still not that great. 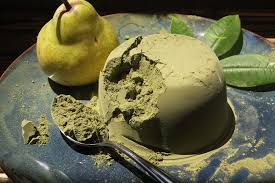 As with any other headshop, Edens Ethnos doesn’t really respond to their customers and leaves the issue of customer support to their partner resellers. Unfortunately, they also don’t have any lab analysis reports to send out in case you were wondering what’s in their products.

And while they do stand by the fact that there haven’t been any adverse reactions associated with their products (yet), the mere fact that they can’t divulge what their powders and capsules contain can be a major red flag.

The Verdict on Edens Ethnos

Well, they’re a headshop — what do you expect? With substandard products, insane prices, and a suspicious lack of documentation and lab reports, Edens Ethnos leads the headshop pack with their powders and capsules that are slightly better than your average vape shop brand. Does that mean you should patronize them? Probably not. But if you were in a pinch and you really don’t have any other options, then $20 bucks for three capsules might be good enough to get you through until your real order arrives.