The First Coast Tea Co. is an artisan kratom brand that claims to deliver the ‘best artisan teas and the finest botanicals’ to the people of the United States. Advertising itself as ‘number one in quality from coast to coast’, the brand definitely sets expectations pretty high. And to some extent, they work to meet them.

Family owned and operated, the First Coast Tea Co. places customer satisfaction at the core of their objectives. This plain and simple strategy has catapulted the brand to certain success. But the brand hides a dark past involving messy lawsuits, an alleged death, and a consequent name change. 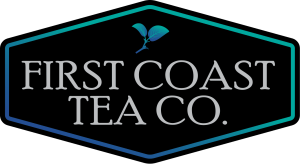 First Coast Tea Co. isn’t exactly new to the scene. The brand has been around for several years, first appearing on the market as SoCal Herbal Remedies. It was a pretty good start for the vendor, quickly rising through the ranks and earning the trust of the kratom market.

But their speedy start would all too suddenly come to a screeching halt when they were met with a lawsuit. Caleb Sturgis, a kratom user who bought his product from SoCal Herbal Remedies, was involved in a vehicular accident resulting in his death. Upon examination, it was found that the cause of death was ‘acute mitragynine intoxication’, which his family connected to his use of SoCal Herbal Remedies’s stuff.

The brand was then involved in a bunch of lawsuits, which they of course, ended up paying for. But not wanting to give up their kratom business, the vendor did a total rebrand by tossing out every remnant of their SoCal Herbal Remedies persona in favor of First Coast Tea Co.

In general, it seems that the First Coast Tea Co. enjoys the same popularity and positive reputation they did before the big lawsuit issue. But even then, some kratom buyers have chimed in to reveal their true identity which has inevitably affected the way some kratom buyers perceive the brand.

To further protect the brand from the ever watchful eyes of critics and authorities, they’ve decided to keep their kratom selection on the down-low. So aside from keeping their kratom picks off of their home page, the brand has also hidden them in the directory. To find them, you’ll have to type in ‘speciosa’ instead of kratom.

Once you do, the website reveals over 40 different products. Interestingly, some of these choices still tout the same SoCal Herbal Remedies branding and packaging which may deter some buyers who were profoundly impacted by the messy lawsuits. Nonetheless, it doesn’t seem to affect First Coast Tea Co.’s sales.

On their line-up, the brand offers powders, capsules, and their own take on kratom liquid extract. They’ve got quite a lot of strains on-hand including Red Maeng Da, Green Bali, White Borneo, Yellow Sunda, Red Hulu, Gold Bali, White Jongkong, and more.

Keep in mind though that First Coast Tea Company doesn’t offer their powders in bulk. Their packets only include 1oz and 250g weights, so bulk buyers might have to buy multiple bags to supply their stash for the long haul. Their capsules on the other hand come packaged in bottles of 100 pieces.

To win back the confidence of their audience, the vendor makes sure to update each kratom product with lab reports posted directly to each product page. Other than kratom, First Coast Tea Co. also sells a range of other botanicals like kava, cat’s claw, mucuna, and frankincense. Essential oils, coffees, and teas are also quite common on their website.

Although they don’t sell kratom in bulk, the First Coast Tea Co. does have reasonable prices. Their 1oz packets sell for just $5, while their 250g bags go for just $26 each. That said, if you were looking to stock up a kilogram, you’d have to spend $104 bucks, which definitely isn’t an outlandish price to pay for a full kilo.

Capsules are available in bottles of 100 pieces each and retail for $30. During sale season however, these bottles can go for as low as $25 each. Their First Coast Borneo Liquid Kratom Tincture contains 15mL of the blend and retails for a measly $17.50 — significantly less than most other kratom brands.

If you’re looking to get your First Coast haul at less than full price, the vendor has a mailing list that sends out promotional offers, price cuts, and coupon codes to people who sign up. Other than that, there doesn’t seem to be any other way to get a price cut. Unfortunately, the brand doesn’t offer a shipping fee discount either, so you’ll have to factor in that cost to your purchase. 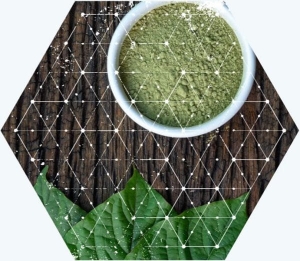 At a glance, the First Coast Tea Co. definitely seems like a viable choice. But beware — the brand does have a history. On the upside, they seem to have made up for their past lapses, making sure to provide lab reports for all of the products on their list. And with reasonable prices, it becomes hard not to forget the mistakes of the past.

So, should you give the First Coast Tea Co. kratom vendor a try? That’s entirely up to you. But with overwhelming support pouring in for the brand and their products, there might not be any harm in giving their options a shot.