Anyone entering the kratom business knows it’s a cutthroat world out there. We’ve seen way to many names just fizzle out of existence for heaven’s knows why, and it still happens to this day. Many of these vendors that end up biting the dust do so because of run ins with authorities, but what about Garden Zen Herbs?

This humble start up was once on its way to being a kratom market superpower. But suddenly halting their operations in March of 2019, the vendor’s Facebook has gone silent and their website nowhere to be found. What happened to Garden Zen Herbs and are they coming back? Here’s what you need to know. 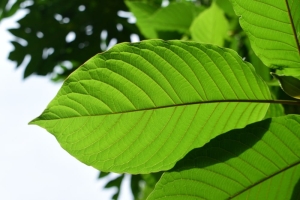 You’ll notice during your search for information about Garden Zen Herbs that there are almost no reviews about the brand online. Reddit is completely silent about the vendor, and there isn’t a single mention about them on the website. However you’ll find that they did sign up to be a member of the Reddit community some time in 2018, which indicates that they could have been trying to tap into the dog-eat-dog scene.

They used to operate through eBay but have since moved to their own domain which remains inaccessible to date. Fortunately, their Facebook Page is still up, so you’ll be able to find some reviews about their products and services through feedback left behind by some of their patrons. On the downside, there’s really no way to confirm that these people actually tried the product.

There are only about 5 reviews on their Facebook page, giving the brand an average rating of 5 out of 5 stars. Many of those who took the time to leave their comments claim that the brand delivers excellent kratom and friendly service. They also commonly point out that the vendor is quick to ship out orders.

As of writing, the vendor’s website remains unreachable, making it difficult to find out what other buyers might have to say about their kratom. And since there aren’t any reviews about their products online, it’s tough to say what kratom enthusiasts really think about their stuff.

Garden Zen Herbs was more than just a kratom vendor — they sold all sorts of ethnobotanicals as well including eucalyptus leaves, arnica flowers, mugwort leaf, and sinicuichi. But of course, kratom was what magnetized their buyers, becoming the brand’s flagship offer and their most coveted product.

According to reviews left behind on their Facebook page, the brand offered some of the rarest kratom strains on the market — some of which you’re not likely to find anywhere else. However since their website seems to be out of order, there’s no way know their complete range of kratom offers.

Based on posts from their Facebook, they offered all the kratom staples you would expect to see from a brand including Borneo, Bali, Malay, Maeng Da, Thai, Sumatra, Indo, and more. Package weights vary, starting at 25g and increasing all the way up to 1kg.

Do keep in mind that the Garden Zen Herbs vendor wasn’t known to provide lab reports for their products. So although they claim to have the best kratom around (as most vendors do) there wasn’t really any proof that could substantiate their statements. Nonetheless, it doesn’t seem like they ran into any issues with the authorities or with buyers, which leaves us to believe that their kratom wasn’t all that bad after all.

Based on kratom vendor indexes, Garden Zen Herbs sold their kilograms for as much as $160 a bag. Considering the fact that a lot of vendors are able to sell their kilos at just half that price or even less, it’s easy to see that Garden Zen Herbs was slightly on the pricier side.

Even then, they were pretty big on discounts and promotional offers. Information from their Facebook page shows that the brand regularly gave out coupons and vouchers through their socials. Freebies were also common fare on the Garden Zen Herbs website. 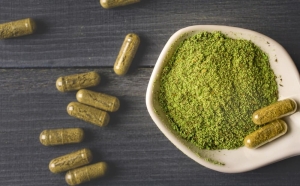 The Verdict on Garden Zen Herbs

Although it was definitely a promising venture, Garden Zen Herbs’ sudden disappearance has cut their story short. Their allegedly diverse range of products and their ability to satisfy customers with friendly support and fast shipping were definitely some of their strongest points.

As of writing, the vendor’s website remains inaccessible so there’s no way to place an order. Unfortunately, there’s no word as to whether the brand will continue to operate moving forward. But with their Facebook Page still up and running, there’s hope for the Garden Zen Herbs’ patronage yet.