Based in Montreal, Madam Kratom was one of the few Canadian kratom vendors that soared to popularity during its time on the market. But just in 2019, it seems that the well-known seller fizzled out of the scene, with their website completely dissolving into nothingness.

Today, it isn’t exactly clear what prompted Madam Kratom to leave the market. But there are some sources that assert the occurrence involves much more than the general public can perceive.

Madam Kratom was established in 2011, making it one of the earlier vendors on the Canadian kratom scene. But as with many other brands trying to penetrate the cut-throat kratom market at the time, the Madam Kratom brand didn’t take off immediately after opening its doors.

Nonetheless, the brand slowly but surely gained steam and moved into more competitive kratom markets, offering their stuff in Quebec and Montreal. They soon became a well-known vendor, earning the trust and patronage of buyers in the area.

Today, the Madam Kratom website has been taken down, but there are still some remnants of the brand’s operations on social media websites like Twitter. Based on some of their older Tweets, the brand offered the following kratom varieties:

Packages were sold in weights of 25g, 300g, 600g, and 1kg. Other than their powders however, the Madam Kratom brand didn’t offer much else. So buyers were limited to their selection and options. Plus, strain availability depended on shipments, so there would be some chances where they would only have three or four choices in stock.

What really made it tough for Madam Kratom to break through the scene was their insane pricing system. The brand offered their kratom products at much higher prices than their competitors, making them slightly unattainable for a lot of budget-conscious buyers.

Prices for their kratom products were as follows:

Keep in mind that their prices varied depending on the strain. But with some of their kilograms costing as much as $328, some buyers couldn’t help but feel like it was highway robbery. It’s even easier to understand that sentiment when you consider the fact that some vendors sell premium kratom for just $80 per kilogram. 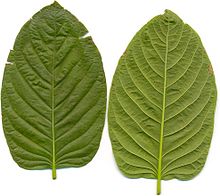 To make up for their exorbitant prices, Madam Kratom was pretty big on discount codes. Their Twitter was literally littered with tons of discounts, promotional offers, and sale schedules to help their buyers get their product at lower prices.

It wasn’t uncommon for the brand to hand out discount codes just for the heck of it, providing buyers with vouchers at the turn of every new month. Discounts ranged from 10% to 20% off, and were often restricted to a specific strain or kratom variety.

Unfortunately, there isn’t a lot of information on how buyers perceived the Madam Kratom brand when it was still in operation. But seeing that it was able to sustain its sales from 2011 until 2019, we can assume that it had quite a number of buyers both locally and in the U.S.

So, why did they close down? Well, there’s not a lot to go on. But some sources say that the brand might have been shut down by the Canadian government for reasons unknown. However with the stigma against kratom and the gray areas in the herb’s legality, that doesn’t really seem like such a long shot.

Madam Kratom was particularly active on social media, especially Twitter, constantly serving all sorts of updates to keep buyers in the loop about the latest deals, offers, discounts, and sales. They also had a contact form and an email address that buyers could use to reach out to their personnel.

If you had any questions about their operations, the brand put up a page on the Freshdesk website that served helpful answers for all sorts of FAQs. And while they didn’t do business physically, the brand did allow buyers in the Montreal area to pick up their orders directly from the warehouse.

While Madam Kratom might have been a loss to a lot of dedicated patrons, there are a number of alternatives that you can try. These vendors don’t only offer a similar array of choices, but also sell their products at much lower prices so you can enjoy the same quality without having to spend as much.

Kratom vendors come and go, but there will always be other, better choices to replace them. If anything, Madam Kratom serves as the cautionary tale for all other kratom vendors after it. While we might enjoy relative freedom these days, it’s important to keep in mind that if we want to continue enjoying kratom, we’ve all got to pitch in towards its future legality.