There are a lot of kratom vendors out there. So many in fact, that buyers need to exercise maximum due diligence to make sure they’re buying the right stuff for their needs. One of the ways to do that would be to shop around before you make a decision. And one of the many brands you might find during your search is Nirvana Kratom.

Selling their stuff through a dedicated website, Nirvana Kratom doesn’t have a lot of presence on social media or throughout the internet. That’s because — as you might have guessed — it’s one of the many head shop brands that mainly target resellers. 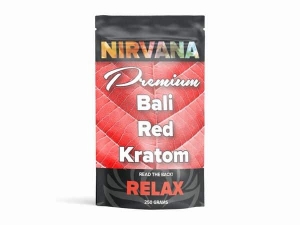 If you’re big on doing research before you buy from a kratom vendor, then you’ll be disappointed to know that there aren’t a lot of reviews about Nirvana Kratom online. In fact, the brand is never even mentioned on any Reddit threads, which may raise questions about how popular the brand actually is.

For the most part, a quick search on social media platforms like Facebook shows that posts about Nirvana Kratom are mostly generated by resellers like vape shops and emporiums, announcing that they carry Nirvana’s products. Unfortunately, buyer generated content is pretty much non-existent.

There aren’t a lot of choices on the Nirvana Kratom line-up. Instead, they have just one representative for color vein, giving buyers just enough choices to satisfy the most basic, generalized needs. Their picks include:

All of their products are sold in sealed, branded mylar bags. Each choice is available as 90g or 250g of powder, or as 90 capsules. The brand doesn’t sell any bulk kratom packages or sample packs, so the selection is pretty limited especially for those with varying preferences in serving size and weight.

What’s It Going to Cost?

Another downside of the Nirvana Kratom product line-up is the pricing. Their 90g packages cost $23.99, while their 250g powder packs sell for $45.99. That means that if you’re buying a kilogram of product, you would spend close to $200, which is double the price that many other premier vendors sell their stuff.

If you’re wanting to try their capsules, each 90ct package sells for $19.99, which might be slightly more reasonable than their powder choices. Keep in mind though that the brand also offers wholesale pricing for those who want to purchase their products for resale purposes.

The thing about Nirvana is that they’re not necessarily too big on coupons and discounts in general. Since their products are targeted towards wholesale buyers, they’re not too keen on giving out coupons and vouchers. In fact, they don’t even have a channel to hand them out since they don’t have a newsletter or any socials.

Anyone looking to get a discount on Nirvana Kratom’s products might have a better chance buying from a reseller. Emporiums and head shops might sell Nirvana’s products at lower prices during clearance sales and special discount seasons, but then again, you’d have to get the timing just right. 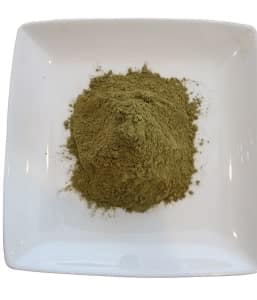 Forums like Reddit are void of any information about Nirvana, they’re not present on any social media platforms, and they don’t even talk about their brand on their own website. All of that considered, it’s tough to really figure out whether the brand’s products live up to expectations.

While they might be responsive to buyer concerns and questions, Nirvana Kratom reserves their fastest, most helpful responses to wholesale buyers. That said, retail buyers can’t really expect to get much assistance once the transaction is settled since the company doesn’t give out refunds.

To talk to the Nirvana Kratom personnel, you can contact them through an email that they list under one of their FAQ questions. Other than that, there’s really no other way to talk to the people behind the brand.

The Verdict on Nirvana Kratom

As it turns out, their limited selection isn’t the only thing about their brand that might raise a brow or two. Nirvana Kratom’s absolute lack of any sort of online presence can be a big red flag for most buyers. Top that off with their exorbitant prices, and it’s not hard to see why they still haven’t increased in popularity over the past how many years. Nonetheless, if you’re out of kratom and you need a quick fix, a pouch of Nirvana’s powder purchase from your local head shop might be enough to fill in the gaps.