Kratom vending machines? You betcha. As a seeming first in the kratom industry, ReLeaf kratom is a brand that simplifies the buying process by selling their product through vending machines. Sure, the company used to have their own storefront, but that got old quick and automated kratom machines that require zero social interaction just made more sense.

Today, ReLeaf is pretty popular online, but not for the reasons you might think. While there are quite a few buyers out there that would vouch for the vending machine kratom, there’s a large chunk of consumers that warn buyers to avoid ReLeaf like the plague. And because the brand has since closed both its virtual storefront and its vending machine, it seems that the negative reviews had some truth to them after all. 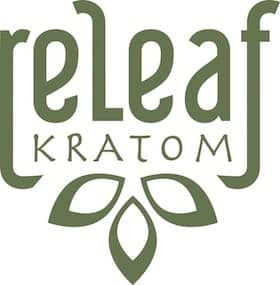 A Google search of the ReLeaf Kratom name shows that the brand has amassed quite a number of reviews through their Business Page. And while you might be thinking that anyone can leave a review on Google, ReLeaf’s 3.8 out of 5 star rating just goes to prove that they haven’t really been trying to doctor those results.

Sure, a big chunk of the feedback you’ll find on their Business Page might point to their product being a-okay. But filter it down to the two and one star reviews and you’ll find that there’s a great divide between the people who have tried their stuff. Let’s just say that there’s a lot of crud going around about the brand’s owner who’s much less than accommodating.

The ReLeaf Kratom brand sells a select number of strain varieties that they offer either through their website or their vending machine. Their selection includes:

For those who want something a little stronger than your average kratom powder, ReLeaf offers their own powdered extract that contains 10x the strength of your typical kratom powder. According to their website, they offer shipping throughout most of the United States. However as of writing, their site doesn’t let you add products to your cart.

Although it’s not entirely clear what other products they offer, some sources online state that ReLeaf Kratom’s offers also include capsules. They sell small packets of capsules containing the same raw powder that they sell through their machines. In essence, they try to be a quick source for kratom in case you need an easy dose and your regular brand isn’t presently available.

While there isn’t any resource online that tells us how much ReLeaf Kratom’s products are worth, there are lots of reviews on their Google Business Page that complain of ‘head shop pricing.’ This simply means that ReLeaf’s stuff is likely to cost you way more than you probably used to spend for any kratom you’ve used in the past, and quality might also be on the questionable side.

A discount deal would be pretty sweet, but it seems that the ReLeaf Kratom website hasn’t seen any action in the past few years. The brand’s site is free of any sort of products you can put in a virtual cart, so you can’t check-out and make a purchase online. That said, you can’t really expect to get your hands on a discount code either since it seems they’ve given up on their online storefront.

It’s not the best reputation, we’ll tell you that. ReLeaf Kratom has quite a few reviews out there that talk about ‘quality kratom’ and ‘fair prices’, but there are an equal number of entries that have a world’s worth of negativity to share about the brand.

Aside from selling their kratom at unreasonable prices, accessing their machines was always a bit of a struggle. Some buyers have also complained that the seller himself was often rude and unaccommodating, making the entire buying experience unpleasant.

Their website hasn’t been in operation for the past few years, and the store’s owner was never big on being courteous and accommodating. So if you’re the kind of buyer who likes to deal with sellers that are out there to make you feel comfortable and well-cared for, then ReLeaf Kratom definitely wouldn’t be the brand for you.

Their website lists a few options for individuals hoping to reach out with concerns, but there’s no guarantee that you’d get a response. You can key in your message through their contact form or get in touch through their hotline. When they used to have a vending machine, the brand’s owner was typically just hanging around the area. But these days, the physical location has been completely stripped. 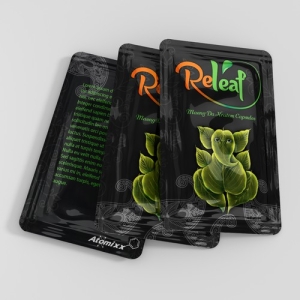 The Verdict on ReLeaf Kratom

While the idea of a kratom vending machine might seem hip and trendy, the way the business was managed just made it fall short of expectations entirely. Their steep pricing, limited selection, substandard quality, and poor customer support earned them an overwhelming amount of negative feedback that ultimately led to their downfall. On the upside, there are still a lot of great vendors out there that sell high quality product at much lower prices, so ReLeaf’s demise hasn’t been much of a loss.