Kratom’s popularity has been on the rise since it was recognized as a powerful herbal remedy for a variety of daily discomforts. And just like hemp and CBD, business owners took it and ran with it, making it one of the most popular medicinal herbs to date. Needless to say, even Southeast Asian businesses are taking a slice of the cake especially since they’re closer to where kratom naturally grows.

VLNT Herb is one of the many Indonesian businesses offering buyers kratom shipments straight from its native origins. And because they sell their products at insanely low prices, it comes as no surprise that buyers looking to get a bargain on bulk kratom have patronized the brand despite their shady reputation. 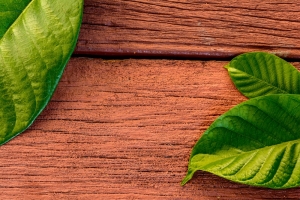 Despite being a pretty unpopular vendor in terms of their presence on the mainstream, VLNT Herb has earned quite the reputation on forums like Reddit. In fact, VLNT Herb enjoys something of a cult following, with a lot of their buyers vouching for the quality and authenticity of their products.

The general idea that people have about VLNT is that they’re a reputable, trustworthy brand offering the real deal. Since their based in Indonesia, then buyers are more likely to believe that their product is made up of real, unadulterated kratom with zero additives and chemical enhancers. However, the brand doesn’t really have the documentation to prove that.

VLNT Herb doesn’t have a strong online presence, but they are relatively active on Facebook. If you want to learn more about their products, then you’re going to have to visit their amateurish website that uses a free Blogger domain (talk about low-budget.)

Of course, the website is anything but fancy, and it might taint their overall reputation if you’re a discriminating buyer. Otherwise, they pretty much provide all the information you need through their bland site.

All of their choices are available in white, green, or red color veins. They also have just basic Red, White, and Green kratom without any particular leaf type. Packages are sold in various sizes starting at 1kg. And if there’s anything that really sets them apart, it’s the fact that they can ship bulk kratom orders over 20kg.

VLNT Herb Kratom has some of the lowest prices on the market despite shipping from overseas. Orders between 1 and 10 kilograms cost $85/kg. For orders 11 to 20 kilograms, the price is slightly lower at just $80/kg. If you’re buying over 20kg, then you can get each kilogram at just $55. Do keep in mind that the shipping fees are baked right into the prices, so you don’t have to worry about paying extra at checkout.

Because they sell their products at insanely low prices that compete with some of the cheapest vendors domestically, the VLNT Herb brand doesn’t really toy around with too many coupon codes. That’s also because their website doesn’t really let you check-out and pay, so there’s no place to key in a voucher code in the first place.

Nonetheless, if you play your cards right and talk to the seller through the contact information they provide, then they might be able to give you a discount. Plus, the brand is big on freebies. So if you decide to buy a large amount of kratom, you should expect a few extra grams tossed in.

There aren’t too many reviews for VLNT online, but there are some Reddit threads of people buying VLNT in bulk and then selling them for a small profit. Many of those who have tried the VLNT Herb product claim that it’s strong and effective, providing the benefits and effects that you would expect from whatever strain you’re trying.

If there’s one thing that has raised a few eyebrows, it’s the fact that VLNT doesn’t post any lab reports for their products. That means that if you decide to make a purchase, there’s really no way to tell what their products contain. Sure, the brand claims that their kratom is all natural and organic (which is something literally every brand claims), but without the necessary documentation, it’s tough to believe. 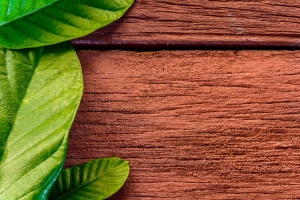 The best way to get in touch with the guys from VLNT Herb would be through their Whatsapp. The brand is quick to respond, but a word of caution — English isn’t their first language.

If anything, communicating with the guy behind the Whatsapp account can be a bit frustrating and a lot of information can get lost in translation. Just make sure you use straightforward sentences and keep your questions short. Other than their Whatsapp, you can reach the brand through their Facebook which is generally active.

The Verdict on VLNT Herb Kratom

Sure, VLNT might not have the documentation to prove their kratom is safe and organic, and neither are they all that easy to communicate with. But with the raving reviews about their kratom all over Reddit, it’s tough not to get drawn in. Plus, since their prices are pretty sweet, there’s really not too much of a risk even for budget-conscious buyers.