There’s a reason why seasoned kratom veterans steer clear of head shop brands. Without the proper documentation for any of their products, these names often pump their powders with various synthetic compounds that make them more powerful than the average stuff. And while that might be one way to reel in consumers looking for truly potent speciosa, many head shop brands have run into problems with the FDA for their unsafe formulations.

But unlike a lot of these names that just come and go, White Rabbit remains to be one of the oldest, existing head shop kratom brands on the market. Having been around since 2014, White Rabbit has amassed quite the number of patrons, making it one of the better head shop names out there. 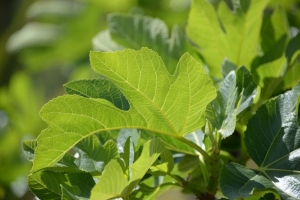 Because of its long-standing presence both on and offline, White Rabbit enjoys relative popularity throughout the market. But as we all know, popularity isn’t always equal to a positive reputation.

It’s true that White Rabbit has quite a lot of reviews on forums like Reddit, but the feedback is mostly mixed. On the one hand, there are some users that say it’s much better than any other head shop brand they’ve tried. But then again, there are others that claim that White Rabbit’s product is inconsistent in between batches.

The White Rabbit brand has a bunch of weird products that are well-deserving of a spot on the curious shelf of an obscure kratom head shop. Their products include the staples like powders and capsules, all available in a modest range of varieties and color veins. Some examples of their choices include Maeng Da, Bali, and Borneo.

Other than that, they carry XL capsules and extracts. But perhaps the most peculiar of all their offers would have to be their 7g herbal kratom smoke. Now, if you’ve done your research, you’ll know that kratom isn’t like hemp that needs to be activated by heat in order to take effect.

In fact, lots of kratom experts recommend against lighting kratom because it significantly damages the plant’s chemistry and incinerates its effects. With that, it’s really not clear what benefits the roll-ups have, whether the brand did their share of research before releasing the product, and whether there are any buyers who have actually tried them at all.

The brand used to have their own online storefront which looked like it was designed by a blind dog. Fortunately, they’ve since taken down their website and now sell their products online through partner retailers. One such retailer is Live Well Kratom that sells their stuff through their ecommerce website.

Prices vary from seller to seller, but the range for their 30g powders plays at around $30. Their XL capsules sell for $10.50 for 5 pieces or $35 for 25 pieces which, when you do the math, makes absolutely no sense.

Without their own website to sell their products from, the White Rabbit brand has no reason to send out coupon codes and discount vouchers. In fact, they’re really not interested in consumer retention at all since their main target market is head shop brand buyers who probably pop in once to buy a quick fix until their next kratom shipment arrives.

On the upside for online shoppers though, the brand does sell their products through a number of online emporiums. Thus, if you were hoping to get your hands on a discount, you might want to consider shopping around and comparing deals between sellers.

Again, it’s pretty mixed. There are lots of buyers who vouch for the stuff, saying its the best head shop kratom they’ve ever tried. Fair warning though — there don’t seem to be any verified consumer reviews for White Rabbit online, which means that the guys at the White Rabbit office might be the people submitting those reviews to give their reputation a lift.

That becomes even more plausible when you consider the equal amount of negative feedback that the brand gets from Redditors. Many buyers warn against White Rabbit kratom especially since they don’t have the paperwork or lab results to guarantee the safety of their products. And if a self-proclaimed premier kratom brand is out here selling ‘kratom roll-ups’, you best believe you have reason to doubt their legitimacy and experience. 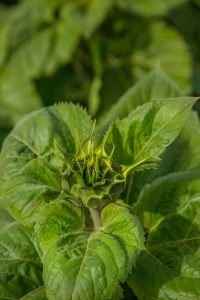 In true vape shop brand style, White Rabbit leaves its consumers hanging by providing absolutely no avenues for them to reach out with concerns. The brand couldn’t give two shakes about anyone’s comments about their stuff, so they pay little attention to that customer support field. If you happen to hate their product, just suck it up and chalk it up to experience. There’s no way you’re going to get a refund or even an apology from the White Rabbit guys.

The Verdict on White Rabbit Kratom

Sure, there might be a few dudes out there who claim that White Rabbit’s stuff is better than a lot of head shop kratom you’ll find, and there might actually be some truth to that. But their absolute lack of lab reports and the detached approach to consumer loyalty and support just make them another sorry head shop brand that’s out here making a quick buck off of noobs and kratom enthusiasts who just ran out of their staple stuff. You’d be doing yourself a favor by steering clear of White Rabbit, unless you’re really out of options.