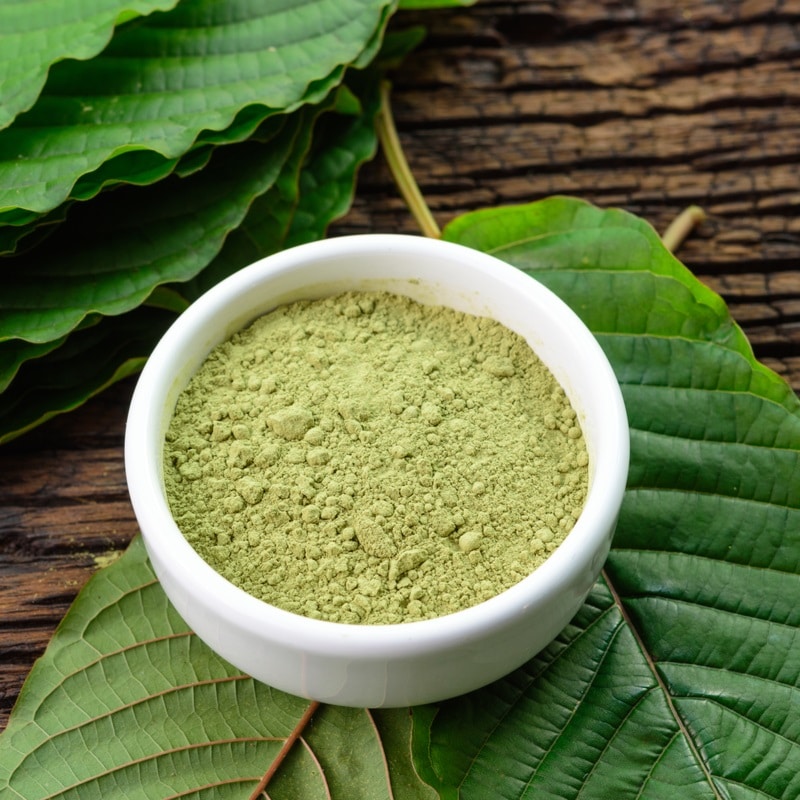 It is important to understand Kratom and its three main categories which are divided according to the color of the leaves’ veins and their stem. These categories are Red, green, and white kratom strains. These are differentiated by their general effects which are dependent on the plants’ alkaloid profile and content.

In a nutshell, white kratom is known as a potential energizer and mood regulator. They are generally considered day time strains because they might be good alternatives to coffee for wakefulness, focus, and positivity.

Green strains are considered to be the middle ground. They might give improved concentration and alertness whilst also potentially providing an amount of physical relaxation that is more subtle than its red and white kratom counterparts.

Red vein kratom remains to be the most popular variant among the three. These strains are known to be potential relaxants that bring about potential physical and mental well-being. Many of these strains also result in possible enhanced mood and optimism.

Moreover, the most distinguished quality of red veins will be its potential effects on easing discomfort and promoting quality restful sleep. These are considered to generally be evening strains for their potential sedative and calming effects.

Today, red vein kratom is the most sought after kratom in the market. Its effects are aimed toward society’s current needs which are peace of mind, and relaxation. Reds have continuously grown in popularity as the need for more natural ways of handling present-day physical and mental concerns are becoming more apparent.

1. Red Bali – Red Bali is by far the most popular red kratom strain on the market.

2. Red Thai – Next to Red Bali, Red Thai is the next popular red vein kratom strain on the market too.

3. Red Borneo – Red Borneo is the third most popular red vein kratom strain. It is very comparable to Red Bali.

4. Red Dragon – Red Dragon kratom is the fourth most popular red vein kratom strains. It is comparable to Red Thai.

5. Red Horn – Red Horn Kratom is the fifth most popular strain out of all of the red varieties. It is comparable to Red Maeng Da.

10. Red Kapuas – Red Hulu Kapuas gets its name for the Kapuas region in Indonesia.

11. Red Kali – Red Kali gets its name for the Kalimantan region in Indonesida

12. Red Riau – The Red Riau kratom strain is less popular and well-known. It is similar to Red Borneo.

13. Red Sumatra – Red Sumatra gets its name from the island or Sumatra in Indonesia. Although it is less popular than others, it is growing in popularity fast.

Kratom has been used for ages in Southeast Asia for its potential therapeutic effects. Studies have shown that depending on the strain, many of the alkaloids found in Red Vein Kratoms promote feel-good activity in the brain by binding to certain receptors. Red kratom has also exhibited possible anti-adrenaline like qualities that allow for potential a soothing effect on the muscles. This might explain the possible effect of Red Vein Kratom in giving a full body relaxation experience. Red strains are the most sedative out of the 3 main vein color types. 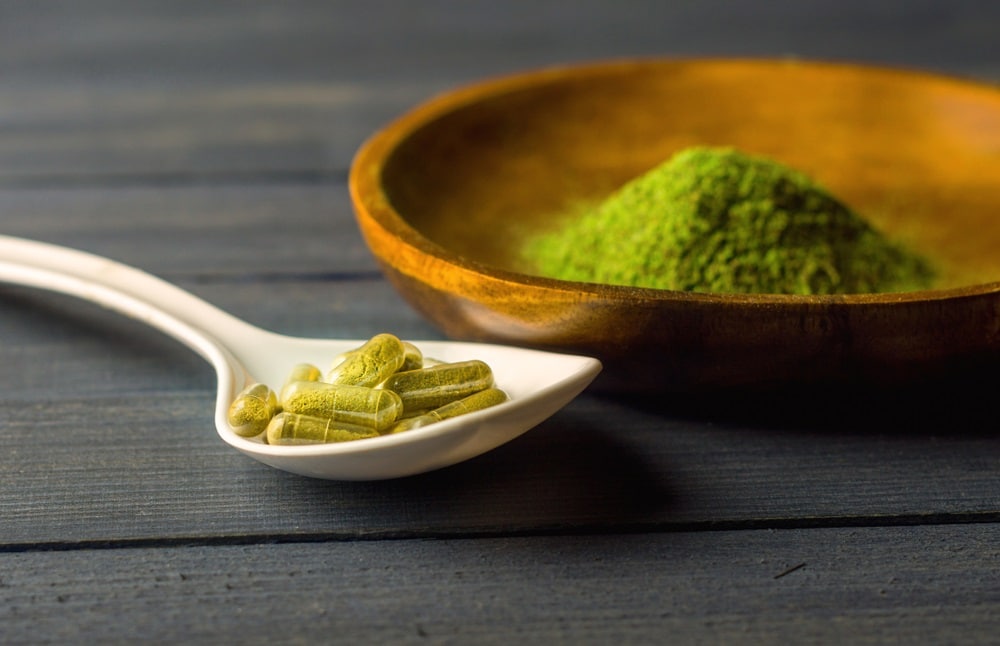 Physical Discomfort – The first two effects we are going to talk about here are the premier and most desired by many. The possible relief that Red Vein Kratom provides for users is a potential great to those seeking it. People who now deal with daily discomfort in even the most mundane tasks might find reprieve from reds.

Relaxation Effects – You might enjoy reds for the potential body relaxation it offers. Imagine the feeling you get after a massage, the relaxation of your whole body after your muscles have been relieved of pressure and tiredness. The experience might be very much the same with red vein strains.

Mental Calmness – True rest and calm will never be complete if the mind is too busy with troubling thoughts and concerns. Red Vein Kratom might allow for soothing of both the mind and body. They might bring a slight boost in feelings of well-being. There might be a slight regulation in the mood to help in creating an atmosphere of peace.

Those that are constantly bothered by their thoughts may find respite in reds. If simply taken after a long day, it might help in clearing your thoughts. At the end of the day, you don’t want to carry all the tension. Red Vein kratom might ease the physical and mental toll that life throws and replaces it with rest.

Sedative Effect – Depending on the dose, reds might also induce a sedative effect. If you have trouble sleeping or if you want the kind of sleep that will make you feel refreshed the next day, Red Vein kratom might help with that. Depending on the strain, the effects of reds might range from fast-acting sedatives to more subtle soothing that might lead to sleep. 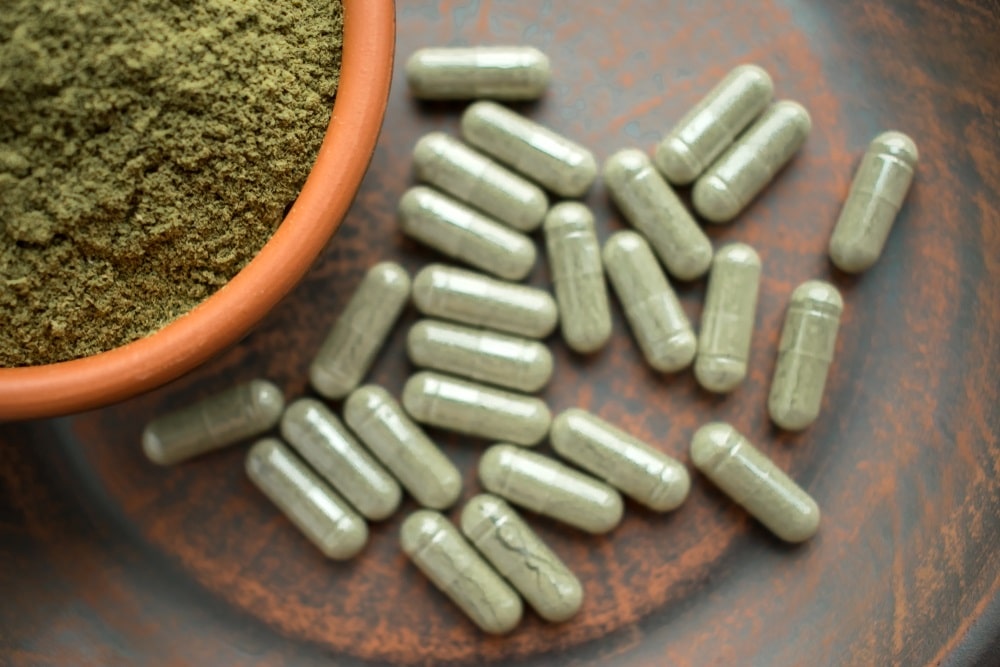 Dosage of Kratom, regardless of type, will always rely on the effect that you are going for. For Red Vein Kratom, if you are after mental calmness and a subtle enhancement in your mood, a low dose can help achieve that. If you are looking for a more full-bodied relaxation the usual dosage should do. Those that want the sedative properties usually take a higher dose.

To find out if a dose is “high” enough for you is also dependent on your height, weight, and tolerance to Red Vein Kratom. Generally speaking, beginners or those who just want the slight kick of a low dose usually take between 1 to 2 grams of product. The customary dose for relaxation goes between 3 to 4 grams while those that want a sedative effect need a more concentrated dose of 5 to 6 grams.

The effects of Red Vein Kratom are highly individualized. It is recommended to start at the lowest dose possible to see how the effects manifest to your body. Some may find that the normal dose of 3 grams is enough to lead to sleep while others may need a full 5 or 6 grams to achieve that. Test out the products first at low doses to understand your body and its reaction to kratom.